Let's work together →Contact Us →
Why Bloomingdale?
CAPABILITES
HANWELL by MARSHALL SPEAKERS
Launch of one of the world’s most loved and popular speakers in the Indian market
Global giant Marshall, celebrated by world music legends such as Jimi Hendrix, Eric Clapton and Slash, was unveiling its brand new Hanwell speakers in India. The speakers came with a high sentimental value as they were named after the London district where Marshall opened its first store in 1962. Hanwell’s launch had to be a high-impact event that was curated around Marshall’s long legacy, sophisticated appeal and absolutely top of its class. 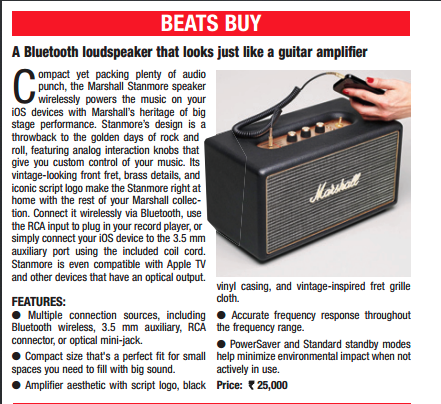